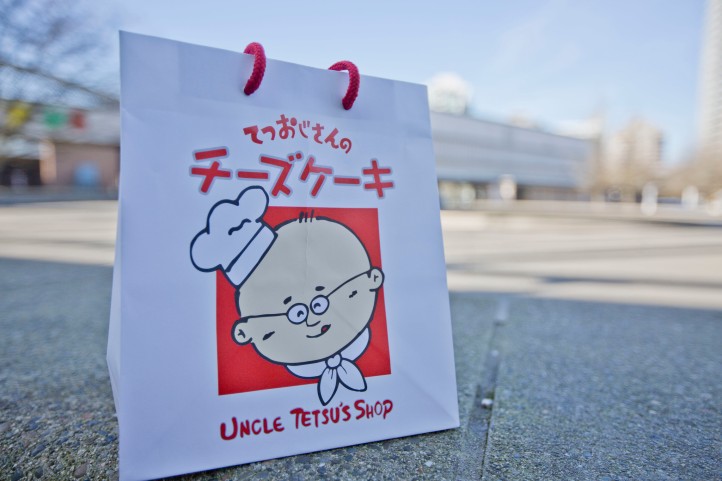 Every once in a while, I discover little things in life that make it all worthwhile. We need to give credit where it is deserved, and when something is very good, kudos. I kept hearing about this little bakery downtown that served fantastic cheesecake. But cheesecake is cheesecake, I have had plenty in my life. There is the baked, and no- baked kind, and for those traditional cheesecake lovers, the one served piled high with your favorite fruit topping. 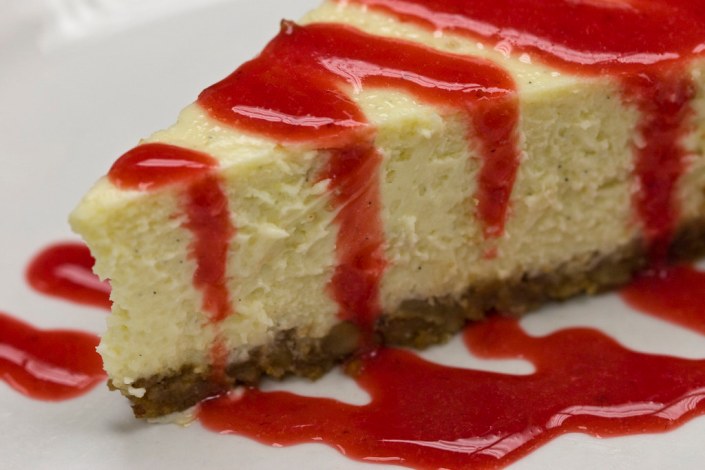 The last time I went really crazy for cheesecake was about 20 years ago at this little café on Lower McGill College, the name of the café eludes me at this moment because it was so long ago. They served this lovely cheesecake made with Cointreau and topped with a few Mandarin wedges in a clear glaze. We would always stop by, after shopping or the movies, to have just a slab of this cake with coffee. Sometimes, we would drive downtown at night just to go have our favorite cake.

As the circle of life has come full circle, as I no longer drive downtown for anything, who would want to with all the construction. But Brains my side kick, who is always hanging around the new Chinatown area, comes home one day and tells me about this popular shop around the corner from her friend’s place called Uncle Tetsu. She tells me people are people are lining up for hours to get a taste of this Japanese cheesecake. So, I tell her I heard about it in the media, being the proverbial foodie and always looking for my next fix. Uncle Tetsu’s cheesecake is one of a kind, it is fluffy, light, smooth and creamy. Every bite literally melts in your mouth, it is super mellow and is very far removed from the heavy traditional cheesecakes of yore. Leave it to the Japanese to create something different.

Uncle Tetsu’s claim is they only use the finest local ingredients; they travel to each city and chooses the perfect local cheese to make their cheesecakes. They use freshy harvested eggs and high-quality butter and cream cheese. Their products are baked with all-natural premium local ingredients with no preservatives or additives. They are not halal, kosher or gluten free, but peanut free. They are baked fresh everyday around the clock on the premise. Which brings us to the shops, they a bright, lively and clean, decorated in red and white hues, even their packaging run along the same lines with cute little boxes and bags as carry away. All of their cakes are stamped with their signature logo. Uncle Tetsu is a pick-up counter for fine Japanese cheesecake and pastries. Not a café, there is no tables or chairs. While waiting you can watch the whole baking and preparing process.

Uncle Tetsu’s Cheesecake started 25-years ago in Japan, but is relatively new in North America, most of its shops are located in Toronto, with one shop in BC and one in Quebec. The original Uncle Tetsu shops were founded by Tetsushi Mizokami, the namesake for “Uncle Tetsu”. Born in 1948, the first-born child of parents who owned a sweets business, he was obliged to help his parents from a young age. He grew up baking and preparing scrumptious desserts at the shop. After studying English Literature at University, he went into the food service business and opened his first restaurant specializing in American Style cakes. After working in numerous restaurants and food shops. He opened In 1990 , a bakery store on Oyafukou Street in the Hakata area of Fukuoka, Japan, selling his famous Japanese cheesecake as its signature dish. Located near 3- chrome Tenjin, it quickly became the most popular restaurant amongst young people in the area. The youth culture of Fukuoka is what fuelled the success of the restaurant. Uncle Tetsushi was the president, and patrons of the restaurant nicknamed him Mr. Tetsu. For short. The character of this medium height, plump chef is what we find stamped on atop his famous cheesecakes.

Word spread throughout Japan about the super soft, rich and flavorful freshly baked cheesecake. It became a hot topic in the media , after being reported on by local television talk show called Kangsi Coming. People started to gather from far and wide to try this cake, they could not keep up with demands. In 2011, a Taiwanese branch opened, Uncle Tetsu entered the Chinese market and the Japanese cheesecakes became so popular in Shanghai, with customers queuing for hours and purchases being limited to two items per person. There was even a copycat company that illegally opened 30 locations to jump into their market and ride their shirt tails. But there were sued and had to pay a hefty fine.

In 2015, Uncle Testsu opened its first shop outside of Asia in Toronto Canada and shortly thereafter in Vancouver and Quebec. The brand now has more than 70 shops across China, as well as in Hong Kong, Singapore, Thailand, Malaysia, Philippines, Cambodia, New Zealand, Australia, Canada and Saudi Arabia.
Uncle Tetsu’s cakes are famous around the globe.

These little cakes are delicious, no doubt about it, and if you don’t like them, there is something wrong with you even if you are a ‘non fromagist’ or lactose intolerant. They are absolutely decadent and the best thing since sliced bread. Fluffy, creamy and light, and addictive, you will definitely come back for some more. They come in two flavors- original and Matcha. Other products include cheese tarts, Angel Hat cheesecake, honey madeleines or rusks, for a drier format.

But if you don’t like cheese anything, you may be out of luck. ‘Tant Pis”as the French Canadians expression goes, there will be more for me and less of a line up in the long run.